Get fresh music recommendations delivered to your inbox every Friday.
We've updated our Terms of Use. You can review the changes here.

3AM Spares: Compiled by Andras and Instant Peterson 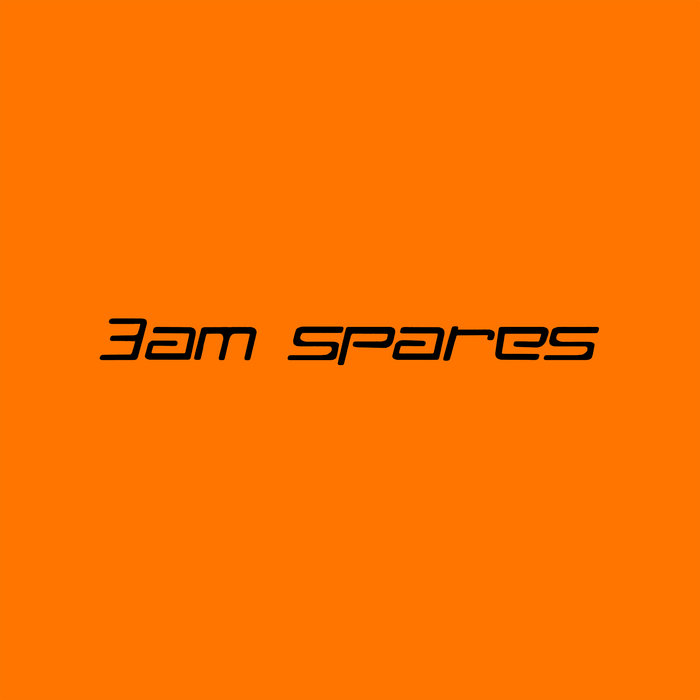 toiletemoji absolutely obsessed with all of these but this track tore me APART Favorite track: Is This Your First Time? (Artificial Remix).

Corporeal Face Shout out to the sound of the down underground. Pure vibes from start to finish. Favorite track: Yellowgold.

3AM Spares is a new compilation of Australian Electronic Dance Music selected by Andras and Instant Peterson, encompassing the darker sounds and later nights of the 1990s and beyond. Following on from forerunner compilation Midnite Spares, this double LP draws from local 12” releases, CDRs and the archives of community radio station 3RRR FM to make a diverse and pumping scene audible once more. No longer confined to beer barns and back rooms, this generation of producers, DJs, clubbers and ravers spilled out into pavilions, warehouses and paddocks, embracing a new culture of machine-metaphor and chemical love.

Future Sound of Melbourne’s warehouse triptych Resist The Beat embodies a time when the country’s youth united with juggernaut stamina, partying beyond the long arm of the law. Restored from the ARIA award-winning trio’s original DATs, this debut 12” incited label offers from Jeff Mills, Frank De Wulf and Carl Cox.

Released by the likes of Clan Analogue, Creative Vibes, Volition, DanceNet, Juice and Psy-Harmonics, this era’s material has evaded sufficient digital documentation until now, some lost in the decommission of Angelfire, Tripod and Geocities websites. Often these bedroom experiments and one-off collaborations existed solely for compilation inclusions, a plausible scenario for the mysterious Inner Harmony. In the case of Tetrphnm, graphic artist Jeremy Dower’s glacial sub-bass was digitised from the only known CD-R copy, preserved by the 3RRR FM library.

Many key figures of this narrative have deep roots in the DIY/post-punk family tree. Third Eye, the impressive evolution of Whirlywirld founder and industrial legend Ollie Olsen, finds common ground with I Will Go, a hypnotic concoction by Adrenalentil and Poets of the Machine associate Jandy Rainbow, a transgender artist whose liberated electronics trace back to 1978.

The most unique take on this new wave of dance music comes from Turrbal-Gubbi Gubbi woman and Stolen Generations survivor Maroochy Barambah. Recorded in New York, Mongungi incorporates two lines of a traditional Gubbi Gubbi song Gurri Nina Nami with the sound palette of tribal house, highlighting the broadening ways that identity and culture were being negotiated and manifested within club music.

A lesson in intelligent appropriation, Artificial’s Sobriquet remix bends one of the most looped samples of all time to fit a wired new generation’s interrogation of that thing called disco. Artificial’s ingenuity was vital impact to the scene, releasing three influential albums as one half of B(if)tek and establishing the WINK Awards - a music prize that recognised and encouraged subversive electronics. Her playfulness is mirrored in Blimp’s frisky garage house, recalling Paul Johnson, while Ian Eccles-Smith’s borrowing is comparatively more discrete on the chillout sampledelic collage The Slaughtering Eye.

Andy Rantzen returns to Efficient Space in two incarnations - as one half of Itch-E + Scratch-E ambient alias Screensaver, and in collaboration with General Electrik on Leather Lover, a cocked and loaded glimpse at the bottom end of Oxford street, originally recorded for the Club Kooky compilation Gay In The Life: Adventures in the Queer Underground. Reinventing himself as Hypnoblob, fellow Sydney Oz Wave artist Ian Andrews also gives us his pneumatic-drill-step Deep Down.

The Hammer and The Relentless from the Boston band Malleus stop by for a chat.