Down On The Road By The Beach 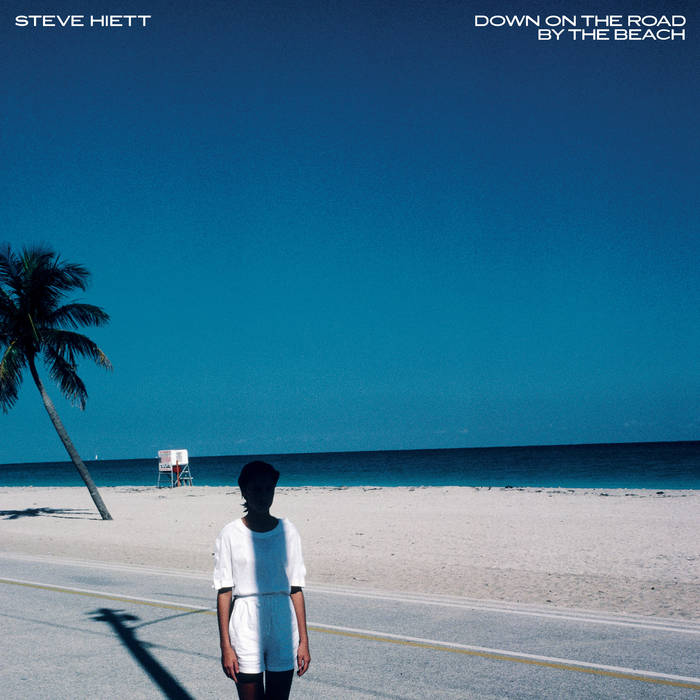 LensLothar I love cohesive albums and this is one of them. The kinda album where you look at the cover image and you can immediately hear the sounds. the guitar tones are phenomenal and the mix is near perfect

For the first time since its inception 36 years ago, Steve Hiett’s elusive 'Down On The Road By The Beach' is finally made available outside of Japan. Most recognized in the fashion sphere as an English photographer and graphic designer, Hiett's transportive audio portraits amplify his serpentine guitar to the infinite blue, recorded across Paris, Tokyo and New York with no coastline in sight. Now widely celebrated as a desert island disc, very little is actually known of its unfathomable genesis.

A career devotee of Brian Wilson’s ground breaking harmonies, Hiett shot The Beach Boys for Rolling Stone - as well as The Doors, Miles Davis and Jimi Hendrix (in one of his final performances at the 1970 Isle Of Wight Festival) - while establishing himself as a fashion photographer. Decamping to Paris in 1972, he began what would become 20-year collaborations with Vogue Paris and Marie Claire, printing his signature warm, saturated and vibrantly hued snapshots.

In 1982, representatives from Tokyo's Galerie Watari visited him to propose a solo exhibition. Asking if he could insert a 7” of original music into the back of the exhibition catalogue, Hiett laid down ‘Blue Beach - Welcome To Your Beach’ in a Parisian radio station, playing all of the instruments himself, and two more cuts in New York with Yoko Ono, The Doobie Brothers and Steely Dan hired-gun Elliott Randall. Once dispatched, the phone began ringing off the hook with requests for him to fly to Tokyo. Assuming these long-distance callers were wanting him to check proofs for the book, it wasn’t until he arrived that he discovered CBS/Sony had facilitated an entire album. Heitt hastily gripped some petty cash, bought a guitar and retreated to his hotel room to start writing.

Entering the studio the following day, he was further surprised by a waiting room of session players known as Moonriders - one of Japan's most acclaimed rock bands of the 1980s. Intimidated by their indecipherable sheet music, Hiett suggested Randall join them and with money being no object for major labels at the time, his wingman was on the next plane out of New York to finalise the high production indulgence. Near-ambient arrangements that float in a space between The Durutti Column, Steve Cropper and Ashra, 'Down On The Road By The Beach' also crowns Hiett the master of recontextualization with his zero-gravity blues visions of Roll Over Beethoven, Santo & Johnny's 'Sleep Walk' and the 1967 Eddie Floyd soul hit 'Never Found A Girl'.

Produced in coordination between Be With, Efficient Space and the artist, this definitive reissue is restored from original masters with vivid reproductions of the 'Down On The Road By The Beach' exhibition catalogue, intended to accompany its original release, and extensive liner notes penned by fellow Steve Hiett obsessive Mikey IQ Jones.